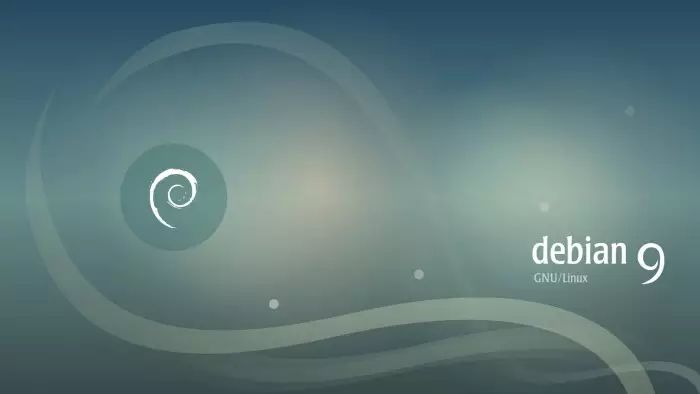 After 26 months of development the Debian project is proud to present its new stable version 9 (code name Stretch), which will be supported for the next 5 years thanks to the combined work of the Debian Security team and of the Debian Long Term Support team.

Debian 9 is dedicated to the project's founder Ian Murdock, who passed away on 28 December 2015.

In Stretch, the default MySQL variant is now MariaDB. The replacement of packages for MySQL 5.5 or 5.6 by the MariaDB 10.1 variant will happen automatically upon upgrade.

Firefox and Thunderbird return to Debian with the release of Stretch, and replace their debranded versions Iceweasel and Icedove, which were present in the archive for more than 10 years.

Thanks to the Reproducible Builds project, over 90% of the source packages included in Debian 9 will build bit-for-bit identical binary packages. This is an important verification feature which protects users from malicious attempts to tamper with compilers and build networks. Future Debian releases will include tools and metadata so that end-users can validate the provenance of packages within the archive.

Administrators and those in security-sensitive environments can be comforted in the knowledge that the X display system no longer requires root privileges to run.

The Stretch release is the first version of Debian to feature the modern branch of GnuPG in the gnupg package. This brings with it elliptic curve cryptography, better defaults, a more modular architecture, and improved smartcard support. We will continue to supply the classic branch of GnuPG as gnupg1 for people who need it, but it is now deprecated.

Debug packages are easier to obtain and use in Debian 9 Stretch. A new dbg-sym repository can be added to the APT source list to provide debug symbols automatically for many packages.

The UEFI (Unified Extensible Firmware Interface) support first introduced in Wheezy continues to be greatly improved in Stretch, and also supports installing on 32-bit UEFI firmware with a 64-bit kernel. The Debian live images now include support for UEFI booting as a new feature, too.

This release includes numerous updated software packages, such as:

With this broad selection of packages and its traditional wide architecture support, Debian once again stays true to its goal of being the universal operating system. It is suitable for many different use cases: from desktop systems to netbooks; from development servers to cluster systems; and for database, web, or storage servers. At the same time, additional quality assurance efforts like automatic installation and upgrade tests for all packages in Debian's archive ensure that Stretch fulfills the high expectations that users have of a stable Debian release.

Want to give it a try?

If you simply want to try Debian 9 Stretch without installing it, you can use one of the available live images which loads and runs the complete operating system in a read-only state via your computer's memory. Should you enjoy the operating system you have the option of installing from the live image onto your computer's hard disk. The live image is available for CDs, USB sticks, and netboot setups. Initially, these images are provided for the amd64 and i386 architectures only. More information is available in the live install images section of the Debian website.

Should you choose to install Debian 9 Stretch directly onto your computer's hard disk you can choose from a variety of installation media such as Blu-ray Disc, DVD, CD, USB stick, or via internal network. Several desktop environments — GNOME, KDE Plasma Desktop and Applications, LXDE, and Xfce — may be installed through those images with your desired selection chosen from the boot menus of the install media. In addition, multi-architecture CDs and DVDs are available which support installation of multiple architectures from a single disc. Or you can always create bootable USB installation media (see the Installation Guide for more details). For cloud users Debian also offers pre-built OpenStack images for amd64 and arm64 architectures, ready to use.

Debian can now be installed in 75 languages, with most of them available in both text-based and graphical user interfaces.

The installation images may be downloaded right now via bittorrent (the recommended method), jigdo, or HTTP; see Debian on CDs for further information. Stretch will soon be available on physical DVD, CD-ROM, and Blu-ray Discs from numerous vendors too.

Upgrades to Debian 9 from the previous release, Debian 8 (codenamed Jessie), are automatically handled by the apt-get package management tool for most configurations. As always, Debian systems may be upgraded painlessly, in place, without any forced downtime, but it is strongly recommended to read the release notes as well as the installation guide for possible issues, and for detailed instructions on installing and upgrading. The release notes will be further improved and translated to additional languages in the weeks after the release.

Debian is a free operating system, developed by thousands of volunteers from all over the world who collaborate via the Internet. The Debian project's key strengths are its volunteer base, its dedication to the Debian Social Contract and Free Software, and its commitment to provide the best operating system possible. This new release is another important step in that direction.

For further information, please visit the Debian web pages at https://www.debian.org/ or send mail to <press@debian.org>. 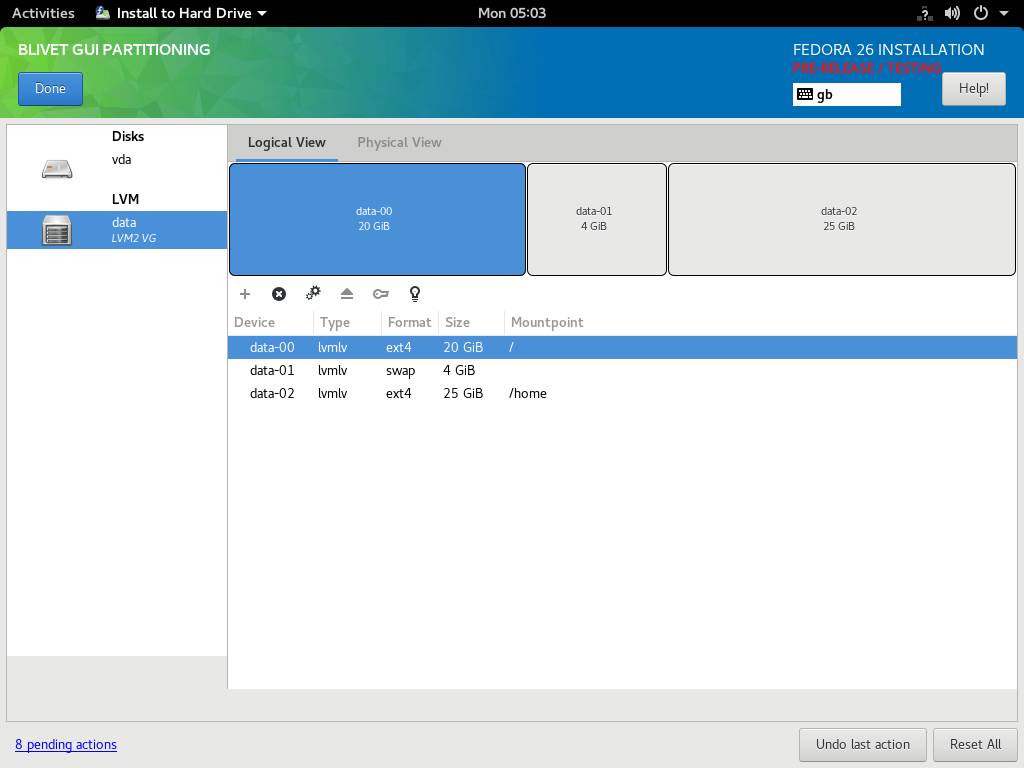 The Fedora Project is pleased to announce the immediate availability of Fedora 26 Beta, the next big step on our journey to the exciting Fedora 26 release in July.Download the prerelease from our Get Fedora site:

Or, check out one of our popular variants, including KDE Plasma, Xfce, and other desktop environments, as well as images for ARM devices like the Raspberry Pi 2 and 3:

Looking for Fedora Cloud Base? This is replaced by Atomic as a Fedora Edition for the container use case, but we still produce it for those of you who want to build up your own cloud-computing environment in a more traditional way — see Alternative Downloads below.

Fedora’s journey is not simply about updating one operating system with the latest and greatest packages. It’s also about innovation for the many different platforms represented in the Fedora Project: Workstation, Server, Atomic, and the various Spins. Coordinating the efforts across the many working groups is no small task, and serves as a testament to the talent and professionalism found within the Fedora community.

As we move into this Beta phase of the Fedora 26 release cycle, what can users expect?

Fedora, always in the path of innovation, will ship with the latest version of the GNU Compiler Collection, also known as GCC, bringing the latest language features and optimizations to users and to the software we build. Also the Go Language is updated to the latest version, 1.8, which includes 32-bits MIPS support and speedimprovements.

One of the most important changes is the addition of “blivet-gui” to the installer. This provides a “building-blocks” style partitioning GUI for sysadmins and enthusiast users who are familiar with the details of storage systems.

Also, we’ve made and included many improvements in security, improving user experience and reducing the risks of the digital life.

The Workstation edition of Fedora 26 Beta features GNOME 3.24, which includes important changes like Night Light, which changes the color temperature of the display based on time of day. It also includes the latest update of LibreOffice.

Our Atomic Host Edition also has many improvements, including more options to run  containers, the latest version of the docker container platform, the cockpit manager and the atomic CLI, improving the way containers are managed, making being a sysadmin easier.

The Fedora Project is proud to announce two new versions: The LXQt Spin, a lightweight desktop supporting the latest version of the Qt libraries; and the Python Classroom Lab, a new version focused in the teaching and learning of the Python programming language. And, in the Cinnamon Spin, the desktop is updated to the latest version.

Alternative Architectures and Other Downloads

What is the Beta Release?

A Beta release is code-complete and bears a very strong resemblance to the third and final release. The final release of Fedora 26 is expected in July. If you take the time to download and try out the Beta, you can check and make sure the things that are important to you are working. Every bug you find and report doesn’t just help you, it improves the experience of millions of Fedora users worldwide! Together, we can make Fedora rock-solid. We have a culture of coordinating new features and pushing fixes upstream as much as we can, and your feedback improves not only Fedora, but Linux and Free software as a whole.

Since this is a Beta release, we expect that you may encounter bugs or missing features. To report issues encountered during testing, contact the Fedora QA team via the mailing list or in #fedora-qa on Freenode. As testing progresses, common issues are tracked on the Common F26 Bugs page.

For tips on reporting a bug effectively, read how to file a bug report.

For more detailed information about what’s new on Fedora 26 Beta Release, you can consult our Talking Points and the F26 Change Set. They contain more technical information about the new packages and improvements shipped with this release.