httpoxy is a set of vulnerabilities that affect application code running in CGI, or CGI-like environments. It comes down to a simple namespace conflict:

This leads to a remotely exploitable vulnerability. If you’re running PHP or CGI, you should block the Proxy header now.

httpoxy is a vulnerability for server-side web applications. If you’re not deploying code, you don’t need to worry.

What can happen if my web application is vulnerable?

If a vulnerable HTTP client makes an outgoing HTTP connection, while running in a server-side CGI application, an attacker may be able to:

httpoxy is extremely easy to exploit in basic form. And we expect security researchers to be able to scan for it quickly. Luckily, if you read on and find you are affected,  are available.

A few things are necessary to be vulnerable:

For example, the confirmed cases we’ve found so far:

But obviously there may be languages we haven’t considered yet. CGI is a common standard, andHTTP_PROXY seems to be becoming more popular over time. Take the below as a sample of the most commonly affected scenarios:

So, for example, if you are using a Drupal module that uses Guzzle 6 and makes an outgoing HTTP request (for example, to check a weather API), you are vulnerable to the request that plugin makes being “httpoxied”.

The best immediate mitigation is to block Proxy request headers as early as possible, and before they hit your application. This is easy and safe.

How you block a Proxy header depends on the specifics of your setup. The earliest convenient place to block the header might be at a web application firewall device, or directly on the webserver running Apache or Nginx. Here are a few of the more common mitigations:

Use this to block the header from being passed on to PHP-FPM, PHP-PM etc.

In FastCGI configurations, PHP is vulnerable (but many other languages that use Nginx FastCGI are not).

For specific Apache coverage (and details for other Apache software projects like Tomcat), we strongly recommend you read the  on the matter. The very basic mitigation information you’ll find below is covered in much greater depth there.

If you’re using Apache HTTP Server with mod_cgi, languages like Go and Python may be vulnerable (the HTTP_PROXY env var is “real”). And mod_php is affected due to the nature of PHP. If you are using mod_headers, you can unset the Proxy header before further processing with this directive:

If you are using mod_security, you can use a SecRule to deny traffic with a Proxy header. Here’s an example, vary the action to taste, and make sure SecRuleEngine is on. The 1000005 ID has been assigned to this issue.

Finally, if you’re using Apache Traffic Server, it’s not affected, but you can use it to strip the Proxy header; very helpful for any services sitting behind it. Again, see the .

This will strip the header off requests:

For Varnish, the following should unset the header. Add it to the pre-existing vcl_recv section:

Microsoft IIS with PHP or a CGI framework

httpoxy does not affect any Microsoft Web Frameworks, e.g. not ASP.NET nor Active Server Pages. But if you have installed PHP or any other third party framework on top of IIS, we recommend applying mitigation steps to protect from httpoxy attacks.

Update your apphost.config with the following rule:

Other CGI software and applications

Please let us know of other places where httpoxy is found. We’d be happy to help you communicate fixes for your platform, server or library if you are affected. Contact  or to let us know. Or make a PR against the .

To put it plainly: there is no way to trust the value of an HTTP_ env var in a CGI environment. They cannot be distinguished from request headers according to the specification. So, any usage ofHTTP_PROXY in a CGI context is suspicious.

If you need to configure the proxy of a CGI application via an environment variable, use a variable name that will never conflict with request headers. That is: one that does not begin with HTTP_. We strongly recommend you go for CGI_HTTP_PROXY. (As seen in Ruby and libwww-perl’s mitigations for this issue.)

CLI-only code may safely trust $_SERVER['HTTP_PROXY'] or getenv('HTTP_PROXY'). But bear in mind that code written for the CLI context often ends up running in a SAPI eventually, particularly utility or library code. And, with open source code, that might not even be your doing. So, if you are going to rely on HTTP_PROXY at all, you should guard that code with a check of the PHP_SAPIconstant.

A defense-in-depth strategy that can combat httpoxy (and entire classes of other security problems) is to severely restrict the outgoing requests your web application can make to an absolute minimum. For example, if a web application is firewalled in such a way that it cannot make outgoing HTTP requests, an attacker will not be able to receive the “misproxied” requests (because the web application is prevented from connecting to the attacker).

And, of course, another defense-in-depth strategy that works is to use HTTPS for internal requests, not just for securing your site’s connections to the outside world. Those aren’t affected byHTTP_PROXY.

Using PHP as an example, because it is illustrative. PHP has a method called getenv().

There is a common vulnerability in many PHP libraries and applications, introduced by confusinggetenv for a method that only returns environment variables. In fact, getenv() is closer to the$_SERVER superglobal: it contains both environment variables and user-controlled data.

Specifically, when PHP is running under a CGI-like server, the HTTP request headers (data supplied by the client) are merged into the $_SERVER superglobal under keys beginning with HTTP_. This is the same information that getenv reads from.

When a user sends a request with a Proxy header, the header appears to the PHP application asgetenv('HTTP_PROXY'). Some common PHP libraries have been trusting this value, even when run in a CGI/SAPI environment.

Reading and trusting $_SERVER['HTTP_PROXY'] is exactly the same vulnerability, but tends to happen much less often (perhaps because of getenv’s name, perhaps because the semantics of the$_SERVER superglobal are better understood among the community).

Note that these examples require deployment into a vulnerable environment before there is actually a vulnerability (e.g. php-fpm, or Apache’s ScriptAlias)

More complete PoC repos (using Docker, and testing with an actual listener for the proxied request) have been prepared under the .

Under the CGI spec, headers are provided mixed into the environment variables. (These are formally known as “Protocol-Specific Meta-Variables”). That’s just the way the spec works, not a failure or bug.

The goal of the code, in most of the vulnerabilities, is to find the correct proxy to use, when auto-configuring a client for the internal HTTP request made shortly after. This task in Ruby could be completed by the find_proxy method of URI::Generic, which notes:

http_proxy and HTTP_PROXY are treated specially under the CGI environment, becauseHTTP_PROXY may be set by Proxy: header. So HTTP_PROXY is not used. http_proxy is not used too if the variable is case insensitive. CGI_HTTP_PROXY can be used instead.

Other instances of the same vulnerability are present in other languages. For example, when using Go’s net/http/cgi module, and deploying as a CGI application. This indicates the vulnerability is a standard danger in CGI environments.

This bug was first discovered over 15 years ago. The timeline goes something like:

So, the bug was lying dormant for years, like a latent infection: pox. We imagine that many people may have found the issue over the years, but never investigated its scope in other languages and libraries. If you’ve found a historical discussion of interest that we’ve missed, let us know.

httpoxy has a number of CVEs assigned. These cover the cases where

The assigned CVEs so far:

We suspect there may be more CVEs coming for httpoxy, as less common software is checked over. If you want to get a CVE assigned for an httpoxy issue, there are a couple of options:

Thanks and Further Coverage

We’ll be linking to official announcements from affected teams here, as they become available.

Over the past two weeks, the Vend security team worked to disclose the issue responsibly to as many affected parties as we could. We’d like to thank the members of:

I’ve put together some more opinionated notes on httpoxy on . 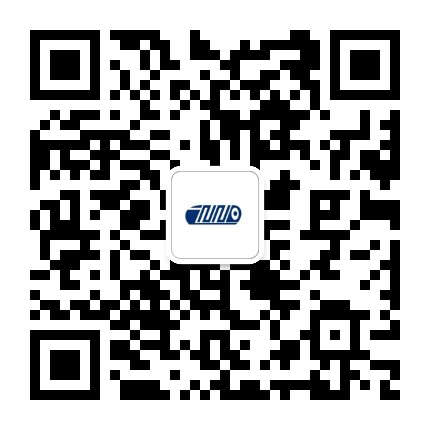